RAG: Yangon – Fixing Up the State

Turning from 14th street on to Anawratha Road, we aim for the Chinatown market. Amazingly the narrow pavement still splits in to distinct sections; see the timber zone; the lighting zone; the soft-toy zone and the clothing zone; there’s a boy not 12, with his hands oiled up dirty and all alone.

Men are clattering and clanging metalworks in to some shape, the street busy with scooters and every car not a yard away, but his eyes are focused on the inner workings of his small transformer. Fixing up the stators and rotors he’s learning early what western university never taught me. We wonder is there anything that can’t be fixed?

Next door some ancient motor bleeds its oil like blood on street slabs. Another pair of eyes focus on fixing up an engine older than his grandfather. He turns small screws we can’t see and studies its movement stuttering. What once was broken seems to be now working again.

We find the food market we were promised on 19th street and it’s not slow to assault the senses. Stalls cram in to small spaces and chicken half skin cluck and cackaw the street a frenzy. See carrots, radish, coriander, potato… see banana flower, banana leaves, we’re told that one’s taro. Is that tea leaf? Turmeric? It’s fermented ginger, aubergine, it’s what was supposed to be manure but is piles of fish paste instead and the smell is difficult to describe. It’s not often you wander through markets not knowing the name of most of what’s to sell. It’s not often you won’t barter because you can’t know what you’re buying.

The Chinatown market is raw, is one-eye-open and the other one closed. There’s a box of crabs, still wriggling, half their claws pulled from them still clinging. There’s chaos in the cages stuffed densely with ducklings. See miscellaneous meats, sea-critter cuttings, bare chicken feet with the body forgotten and a sky still above with the heat beating down on the only two westerners on the street. Is there anything goes to waste? We grab our five pence juice in a bag and we leave, guessing the flavour as we go.

It’s a whirlwind and it’s dizzying but it’s traditional and what it must always have been. No preservatives or pre-packaging. This is why so many backpackers are desperate to see Burma and why we started here.

We wander to the more tourist-friendly Bogyoke market to find the fabrics and jades and all the jewels of Burma. Under cover of the roofs we make our way through the maze of alleyways that sell everything. We find the other tourists – all 14 of them – here on a ‘market tour’. We see friendly monks, friendlier locals, practising English and cannot stop staring. The afternoon eventually takes us to downtown Yangon and to Sule pagoda.

A monk approaches us and begins to describe each of the pagoda’s stations. Asking which day we were born we discover if our birth animal is dragon or lion, Thursday or Friday. When we expect him to put his hand forward instead he moves over to another western couple to share secrets with them as well.

On to downtown Yangon. Old British colonial buildings include the Strand Hotel, the Region Court, the Custom House. Some are now being re-used for modern services; others are being taken back by nature. Grand in past glory, gracefully being re-claimed.

We hop a taxi to visit the undoubted highlight of Yangon and the postcard picture of Burma. Long sets of short steps lead you barefooted to the entrance and my shorts cause so much offence that I’m rented a longi for free. Annoyed at the tourist-only entry free and my new mandatory new skirt we walk under the entrance and all is forgiven.

Shwedagon pagoda is astonishing. It’s a village of temples and shrines, created in so many colours and each one of them unique in design. At the heart of the community is the huge and imposing Shwedagon. Often described as Burma’s most significant pagoda, this too is covered in scaffolding which could be confused for decoration. Is there nothing that can’t be fixed?

Monks chant from dark temple doorways, undistracted by the tourists. Locals kneel before giant buddhas to make their peace, then take selfies when they finish. Golden hour’s colours illuminate the sky in pinks and purples. The huge golden dome stands above us all. A long row of candles is being lit all the way round, each onlooker quiet in respect for the process. Families stop to make their prayers then continue on their way. Water’s poured over each sacred animal and flowers are offered. Shwedagon is a moving place where we pass more time than we ever intended to, seeing nowhere near as much as we wanted to.

At the hostel we ask again the staff about the journey to Mrauk-U (“Myaw-oo”). They don’t know what we mean. They don’t know how far away it is. Nobody’s ever been. We ask other backpackers and nobody seems to have found a way there. At the information centre they told us it was maybe a “very, very long 27-hour bus journey” but didn’t know where to book a ticket, didn’t want to know about it. Discussing our rough plan the staff are happy to describe the ‘trouble’ – the civil war – in Shan, Chin and Kachin states, but they always stop short of mentioning Rakhine. We try to tease information from them but they claim to know nothing. Just because they patch it up alright, it doesn’t mean it’s good.

We find the local restaurant scouted last night, and sit on small plastic chairs surely designed for children’s legs. After pointing at fresh trays of somethings our plates arrive and steaming green tea washes down honey pork, chilli chicken, a vegetable stew. On to 19th street we sip Myanmar beer and 50-pence mojitos. The ‘nightlife street of Yangon’ is a low-key affair, even with locals celebrating Black Label. It’s no whirlwind and not dizzying. Rats raw with sewage appear through the street cracks and run around rummaging. We acknowledge that it seems impossible to visit Mrauk-U, to investigate any of the Rakhine state. Its doors only recently opened, Burma’s still under construction. See much of it still broken.

There’s not a seat spare, but shuffling sideways the nuns and the monks are always found space. Each train compartment, clinging to the other, follows tormented tracks at a laughable pace, the windows all disappeared and warm air moving everything. In shy split-seconds of silence you hear the screeching, struggling wheels on moaning metal. The vendors wrestle back the spectators: rehearsed lines ring through the hallways and there’s rarely a seller who isn’t successful. Enormous hats of watermelon are lips-licked and lowered and lavish flesh is peeled, chopped, bagged for five pence. Bamboo leaves are glued and flavoured and crammed with tobacco on mobile chopping boards, blood red spittle dashes the tracks. Someone buys bread, buys fruit, buys tobacco, buys juice…all for the old boy next to us. He’s fed a meal fit for kings, from the kindness of strangers.

Our ticket text is in Burmese. Speaking to the three generations of daughter across from us we’re sure that we’re told to jump off at Danyingone station, halfway round the circular loop. Nobody speaks English but they try the flavour anyway. When one vendor settles on his last two corn-on-the-cobs, he strips the skin back with eyes looking elsewhere, years of skin-stripping seamed in to his fingerprints. “Would you like? Free?” The kindness of strangers doesn’t need translation.

Our 30-minute wait at Insein station causes confusion and other tourists changed trains here some time ago. Impatient I push my head through the window and see a young boy under the far-away engine, working his learnings. It seems that even if you patch it up alright, nothing’s ever fully fixed.

And Danyingone market is approaching and the crowd’s all fixed-up in queueing already. We battle through blockades and gather ourselves on the opposite railway tracks. Only when we walk up to the bridge do we see the pulse and the pattern of the market on the tracks. Each arrival and departure leaves goods between the rails and grandmothers spring to the side at the last minute. Fresh fruits flavoured with train smoot are surrendered until the sunlight steals them back and “how much?” This one is crazed and swearing and everything imaginable is selling.

On the train back there’s no windows to fill frames. No door to fill the doorway so I stand in its absence, the slow train cutting through green fields with rounds hills rolling beyond. Warm air on my cheek, strong sun on my pale skin.

We wobble a bend so I’m back to the carriage and when the family in front have finished their packaged foods, the plastic is thrown through the window. The family in front do the same. Should I say something? Surely there’s something to be said? Just yesterday the WWF had issued stark warnings that my generation was the last that could stop an ‘irreversible climate catastrophe’ – and what to that? I haven’t seen a straw for months but nobody here gives a fuck. Follow your eyes where plastic floats to and see piles and miles and mounds of litter lay guilty by the tracks. Is there a patch-up job to fix that?

That night we board our first night-bus. We’re heading north to Bagan because there’s no ‘trouble’ there and so we’re still allowed to go. Burma, almost triple the size of Britain, can still offer so many trouble-free treasures to travellers.

The one-eye-open and the other one closed, they’re both half-asleep and the bus has been stopped by the wayside a while. “The gearbox is gone” booms through the bus. We’re promised another one is on the way for us because this one, it seems, will take some time to fix.

WIT: Should You Boycott Myanmar?
WIT: The Ultimate Guide to the Temples of Bagan 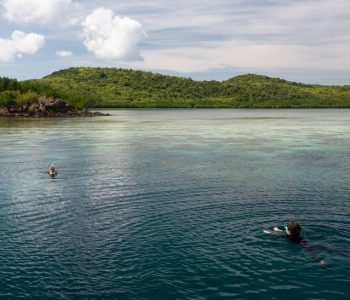 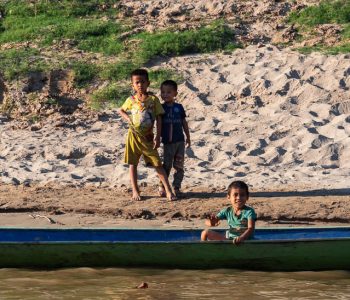 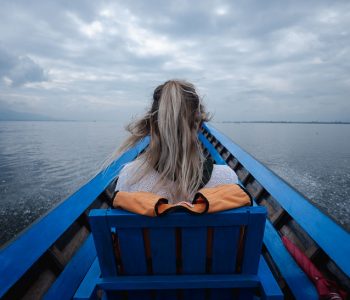 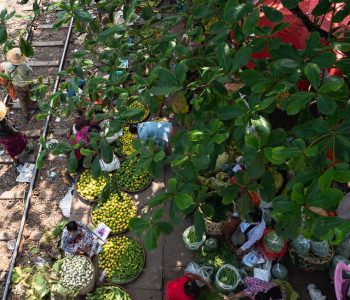 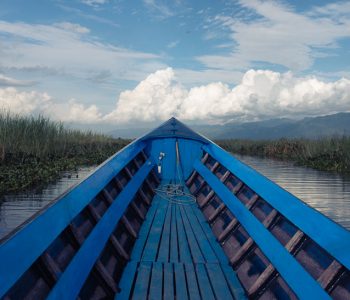 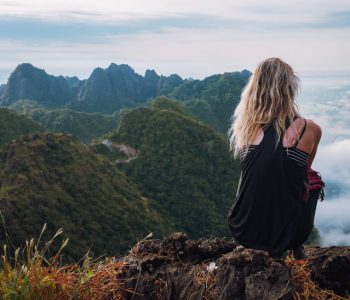 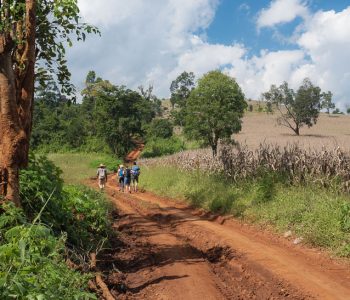 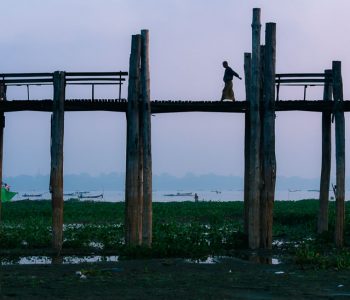 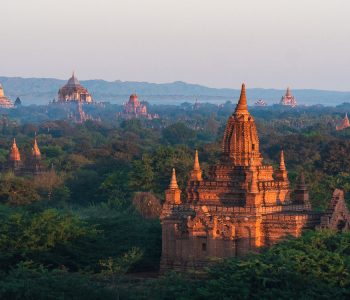